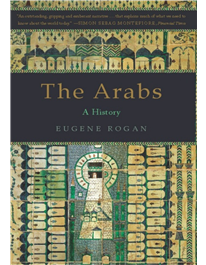 To American observers, the Arab world often seems little more than a distant battleground characterized by religious zealotry and political chaos. Years of tone-deaf US policies have left the region powerless to control its own destiny—playing into a longstanding sense of shame and impotence for a once-mighty people. In this definitive account, preeminent historian Eugene Rogan traces five centuries of Arab history, from the Ottoman conquests through the British and French colonial periods and up to the present age of unipolar American hegemony. The Arab world is now more acutely aware than ever of its own vulnerability, and this sense of subjection carries with it vast geopolitical consequences.

Drawing from Arab sources little known to Western readers, Rogan’s The Arabs will transform our understanding of the past, present, and future of one of the world’s most tumultuous regions.

Save this product for later